While at Rutgers, Linsey embarked on a road of self-discovery, finding their niche within SJE, Q&A, and the university’s LGBTQA community. 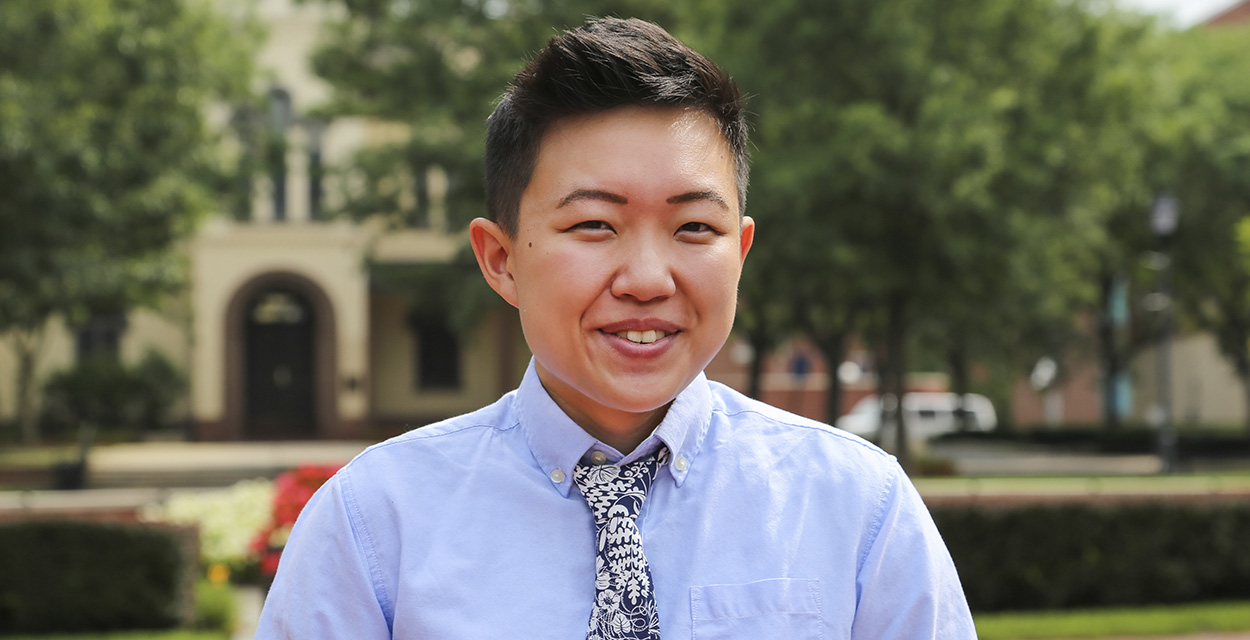 Like many first years, Linsey Goon began their collegiate career without a great sense of what they wanted to do or who they really were. They were unsure of their major, their identity, and even their relationship to race and gender.

Participating in Q-mmunity, an extended orientation and leadership development retreat for incoming students hosted by the Center for Social Justice Education and LGBT Communities (SJE), they attended under the guise of merely being an ally.

“I was really iffy about going because it seemed so new to me,” said Linsey. “I never really thought there would be a space for folks like me, but when I got there I heard about this student organization called Queer and Asian (Q&A). I overcame my fear and went to a couple of meetings and I’ve been a member ever since. It’s played a really instrumental role in growing my love not just for Rutgers, but for myself.”

Over the next four years, Linsey embarked on a road of self-discovery, finding their niche within SJE, Q&A, and the university’s LGBTQA community. Previously on the organization’s executive board, Linsey ultimately served as president of Q&A. They presented on issues facing both the LGBTQ and Asian-American communities at Rutgers’ Committee to Advance Our Common Purposes, the East Coast Asian American Student Union Conference, and the Northeast Queer and Trans People of Color Conference.

“I think meeting Zaneta [Rago-Craft] and Keywuan [Caulk] at SJE really helped guide my experience,” Linsey said. “They saw the potential for leadership in me, served as mentors, and taught me that the things I had to say were important. I call Zaneta and Keywuan possibility models and they are people I really want to emulate. Over time I was introduced to folks who were both part of the Asian American and LGBTQ community which gave me the space to explore my own identity and find my voice.”

Receiving the Champion of Diversity and Inclusion Award at the Chancellor’s Student Leadership Gala in 2016, Linsey currently serves as the president of the Queer Caucus, while continuing to work closely with SJE and Q&A. With graduation on the horizon, Linsey hopes to ultimately pursue a career in
student affairs.

“One day I want to create and maintain spaces like SJE that can really help empower students,” said Linsey. “I think student affairs is sometimes overlooked. It’s important to help students find different areas they can excel in outside of academics, like leadership, community building, and peer education. I want to keep fostering the idea that your time at college and university isn’t solely about the grades and degree you get, but also the people you meet and spaces
you build.”

Linsey Goon is a senior double majoring in political science and women and gender studies with a minor in comparative and critical race and ethnic studies. They use the pronouns they/them/their.