A member of Rutgers Glee Club, Alpha Phi Omega, and RUSA, Patrick talks about the importance of being engaged. 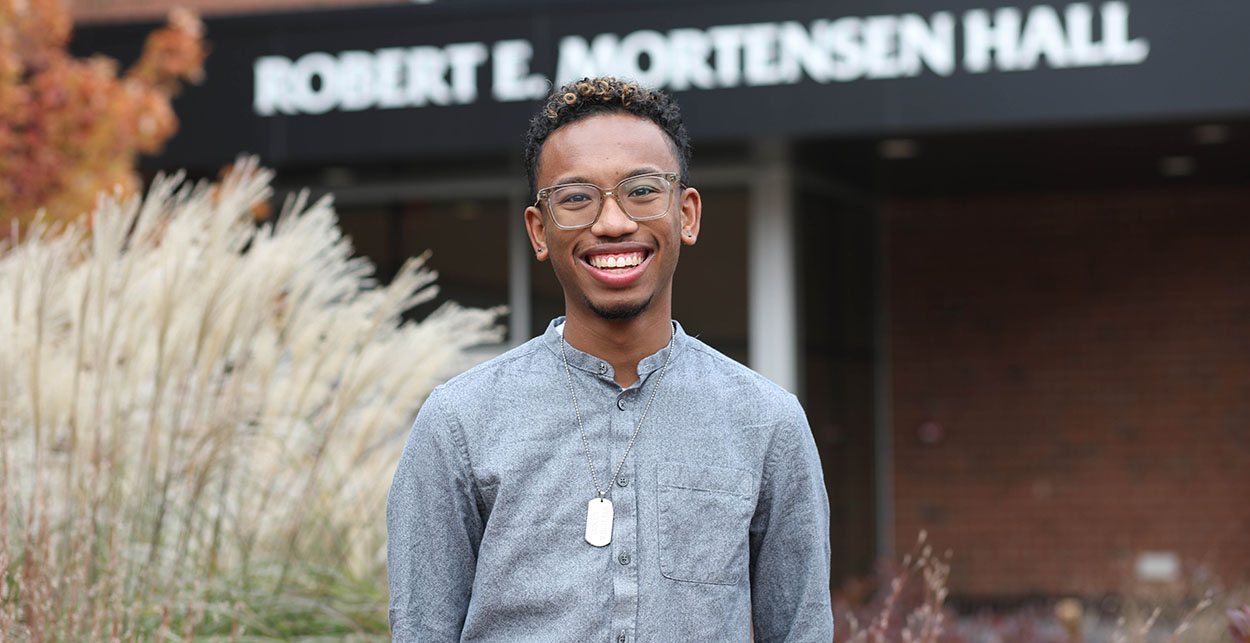 I have always been passionate about music, but it didn’t formally become a part of my life until I started playing piano at the age of five. At first it was difficult and I got frustrated easily. But as time went on, it stopped being a chore. I simply did it because I wanted to. With practice I discovered that I was pretty good at the piano and I learned to enjoy it.

I came to Rutgers as a biology major, and although I liked it, I felt like something was missing. Even though I’ve been involved with music for most of my life, it never occurred to me that’s what I wanted to do until I was asked to be the music director for the Livingston Theater Company’s production of “Little Shop of Horrors.” I still remember. I could hear the silence in the audience, the anticipation of what was about to happen. Then, I hit the first downbeat. It was amazing. I’d never felt anything like that before. I instantly knew I wanted to become a professional conductor.

“An ideal member of the Rutgers community is someone who truly cares and has compassion.”

The two biggest driving factors in my life are music and figuring out how I can take my involvement in music to help people. I always turn to “Hamilton” as an example because it’s had such a great impact in the world, and Lin-Manuel Miranda, the show’s creator, is known for his advocacy in social justice. This is the part of music I’m drawn to: its power to make a difference. That’s also why I’m a political science minor and a music major. I want to combine the two and use my art to make a difference.

Music teaches us how to perform with a group of people. Take the choir, which itself is an instrument and everyone is a part of it. If you’re missing even one person, it’s not the same. By working together, we have a better chance of making a change. It’s important to be engaged because we all have a voice, but many people don’t take advantage of that. We have more power if we work together rather than by ourselves.

Rutgers has a very unique atmosphere as an institution. There’s a genuineness to the community and that’s one thing I love. We are who we are, and we accept that about each other. An ideal member of the Rutgers community is someone who truly cares and has compassion. We have a genuine interest in seeing each other succeed. It’s why I’m engaged. I am a Scarlet Knight. I am Rutgers.

Patrick B. Phillips is a senior majoring in music and minoring in political science. He is a member of the Rutgers University Glee Club, Alpha Phi Omega, and RUSA. He plans to attend graduate school and become a professional conductor.

For more information about the Knight’s Call, please visit: studentaffairs.rutgers.edu/the-knights-call