Actor Nico Santos kicked off Gaypril and APIDA Heritage Month with a discussion about his road to stardom and the importance of representation. 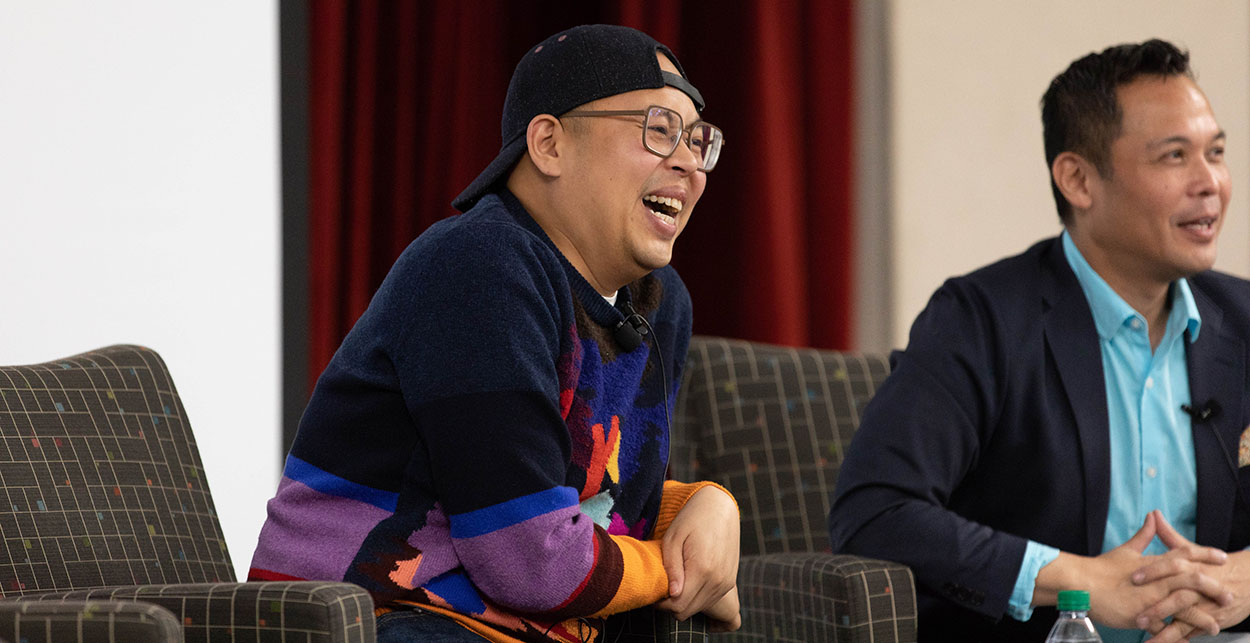 Co-hosted by the Asian American Cultural Center (AACC) and the Center for Social Justice and LGBT Communities (SJE), the event gave students a glimpse into Santos’ journey and experiences in Hollywood.

“I realized that I am one of the few queer Filipinos in my position,” said Santos to a crowd of 150 gathered in Trayes Hall, which included New Brunswick mayor James Cahill and Rutgers’ vice chancellor for student affairs, Salvador Mena. “I’m mind blown that I’m even playing queer Filipino parts.”

Born and raised in Manila until his teen years, Santos emigrated to Oregon before making is way to California to pursue a career in entertainment. In a discussion moderated by associate professor of American studies and English, Allan Punzalan Issac, and Chris Chua, the president of Rutgers LLEGO, the LGBTQQIA People of Color Union, Santos recalled his life as a struggling comedian and actor, and talked about his experiences working odd jobs to make ends meet. 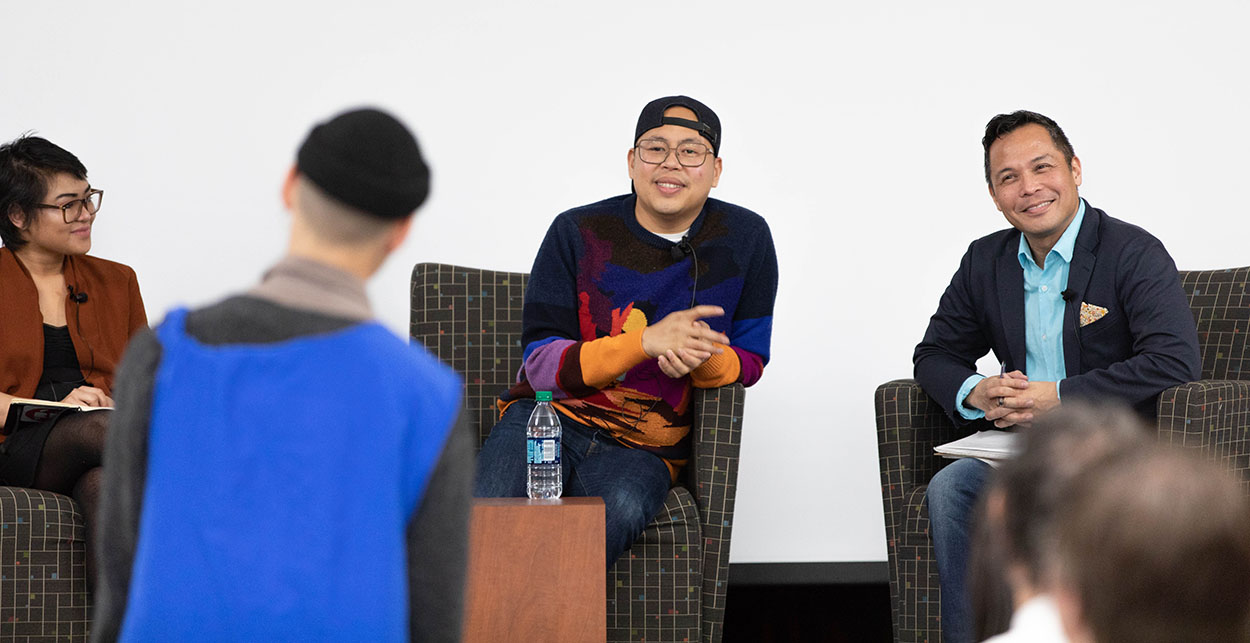 Having now played a supporting role as Oliver T’sien, a gay fashion designer in “Crazy Rich Asians,” which grossed over $230 million worldwide, and Mateo Liwanag, a gay, undocumented immigrant in “Superstore,” Santos recognizes his growing influence as a cultural touchpoint, and the need for queer and Asian representation.

“It’s important for me to make sure we are always in the mix,” said Santos. “Images of being gay growing up in the Philippines meant you were a drag queen or trans… and it led to a muddled understanding of what queer was. I just want queer Filipino boys to know they can have the same kind of life and career.”

“As a queer person of color it’s important for me to see other queer people of color being represented,” said Milan, a Rutgers junior who attended the event. “He’s [Santos] one of the frontrunners of this movement in having more diversity in films. It’s important to hear these voices, their stories, and see what their experiences were like, and what it took for people like him to achieve the success he did.”

During the month of April, the AACC and SJE will offer programming that celebrates the heritage, cultural history, and pride within the APIDA and LGBTQIA communities.

For a full list of Gaypril events, please visit: socialjustice.rutgers.edu.