Scarlet Knights Siblings Give Back in a Big Way 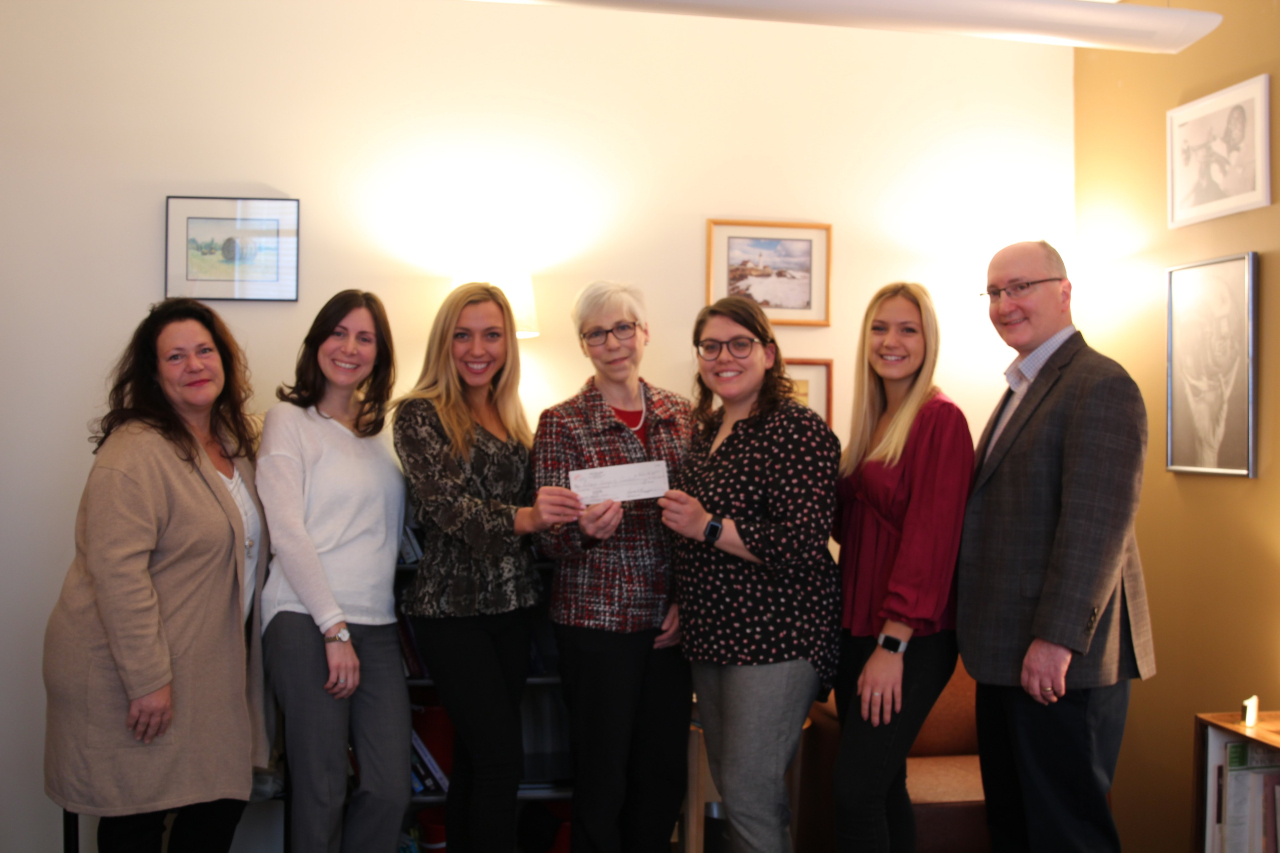 Just two and a half years after hosting a 5K to raise awareness around mental health in honor of their father, Phil Mazzini, sisters Artemis and Sophia Mazzini are the CEO and president, respectively, of Into the Light, a thriving nonprofit that works to reduce stigma around mental health issues facing teens and young adults.

After the success of their second 5K in September 2019, the sisters, joined by their mother, Into the Light Executive Director Yannah Mazzini, and Into the Light Digital Director and Board Member Abbey Dufoe, came to Rutgers–New Brunswick to present Counseling, Alcohol, and other Drug Assistance Program & Psychiatric Services (CAPS) with a $12,000 donation.

“As a former student of Rutgers University, we’ve seen the positive effect CAPS has on students and are excited to be able to give back to an organization who we know will do so much excellent work in the Rutgers community,” said Artemis, a 2018 Rutgers graduate.

They are donating an additional $12,000 to the American Foundation for Suicide Prevention. Both Artemis and Sophia, who is currently a senior at Rutgers Business School, noted their desire to support both national and local organizations.

“The monetary donation is a great honor and will be put to good use. But, really, it speaks to the significant impact Into the Light is making and how well Artemis and Sophia connect with people,” said Steve Sohnle, PsyD, director of CAPS.

“We’ve found that people are drawn to our positive approach,” said Sophia. “Mental health and suicide can be difficult topics to discuss, but the more we bring the conversation into the light, the more we rid the stigma.”

Into the Light has worked closely with Annmarie Wacha-Montes, PsyD, assistant director for community-based services at CAPS to coordinate the 5Ks and connect with campus partners. “Every year I hear from students who want to do fundraisers or sponsor events with CAPS. But Artemis’ and Sophia’s passion is on another level. It’s their dedication and commitment that’s created a groundswell of support and interest,” said Dr. Wacha-Montes.

Into the Light hosts regular events including discussion panels, game nights, and yoga classes, and has a student chapter on the Rutgers–New Brunswick campus.