A junior at Rutgers–New Brunswick, Tamaj advocates for diversity education as a way to make a lasting impact on the university community. 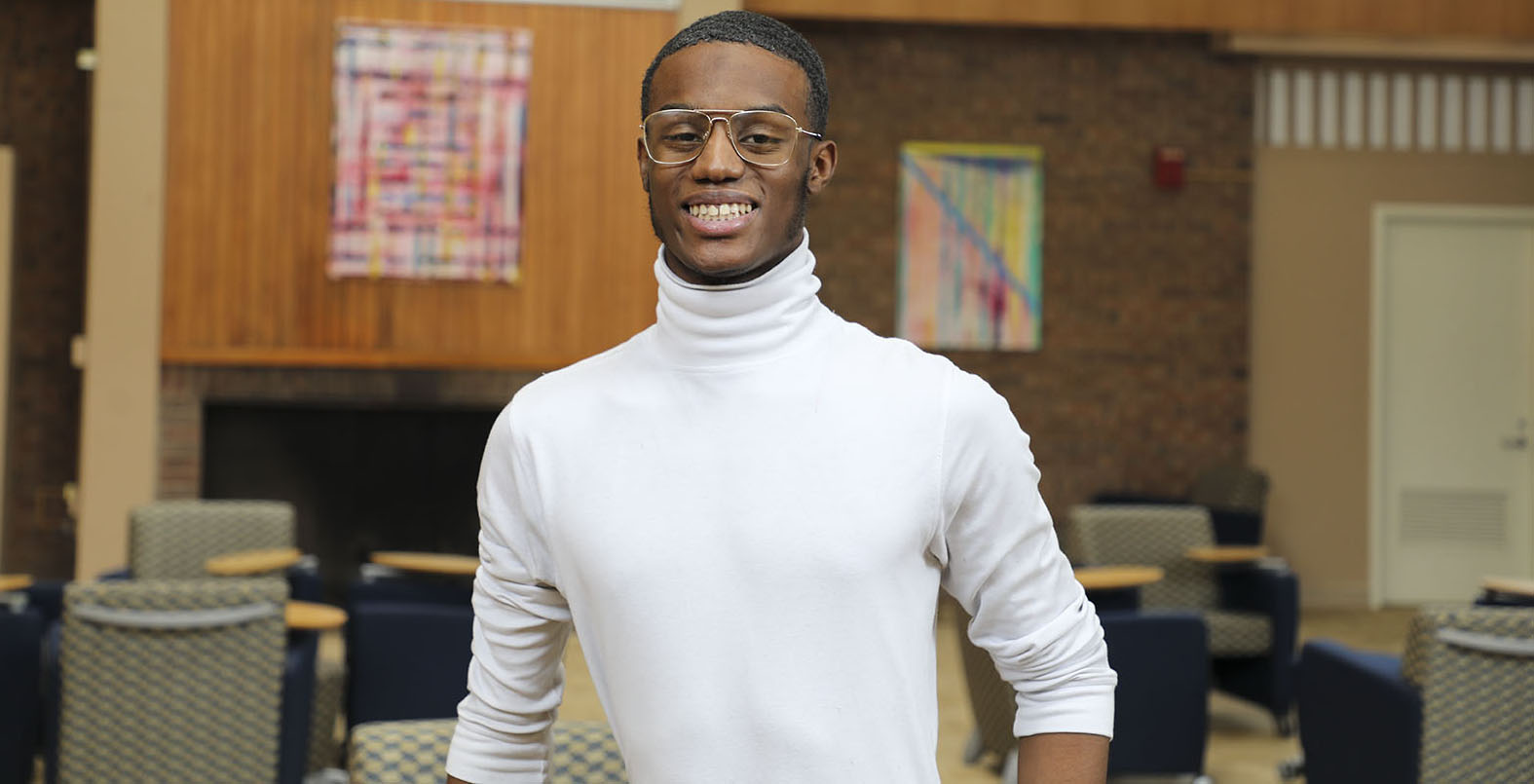 I’m my mother’s oldest child and I have two younger sisters, one of whom also goes to Rutgers. Coming from a home of all women, I’ve always put them on such a high pedestal. I didn’t really see activism as my way of making a change until I started realizing how my blackness affects me and all the people around me who are black. The Sandra Bland incident is when it really just kicked in. It made me want to take action immediately.

At the time, I was running this really popular Instagram account highlighting black women. Right after high school in the summer of 2016, I made a bunch of posts that other people shared and it led to me planning my first protest. It was a way for me to connect with those outside of my immediate circle and I saw that I had the power to galvanize people.

Over 100 people from Newark, New York, and different parts of New Jersey came together for the day to rally behind the death of Sandra and others. None of them knew who I was, but they believed in the same causes I did. We met at Penn Station [Newark] and walked all the way up to the Essex County prosecutor’s office and City Hall. In that moment, I just knew I had a voice.

“I care about education and I’m especially passionate about making sure students of color receive the best education possible.”

Coming to Rutgers, I wanted to be involved in some way. I joined the Black Student Union (BSU) during my freshman year and was eager to make change. That December, I was in a FIGS seminar about social activism and our peer instructor pointed out the chairwoman of Black Lives Matter–New Jersey. Ironically, I already knew her from BSU, but she never talked about Black Lives Matter while we were together.

When I first joined Black Lives Matter, I was the public relations chair and I wanted to solve every problem under the sun. I was definitely still learning about the organization and getting more acquainted with the Rutgers community, especially the black Rutgers community, but I didn’t really examine one problem too long and if something came in front of me, I wanted it fixed immediately.

Then in April [of my freshman year], I stepped up and became our chairperson and had to really examine the issues and focus on the bigger picture. I was finding out what exactly people saw as problems at the university and one of the common issues mentioned had to do with the curriculum. While the SAS Contemporary Challenges Core is very broad, it does not specifically talk about diversity. That’s when I decided that as chairman, I wanted to focus most of my effort into reinvigorating the conversation started by the Scarlet and Black project and push toward implementing a diversity requirement.

We’ve gone to as many different RUSA town halls as possible to advocate for it in front of President Barchi and other university administrators. When Harry Belafonte visited Rutgers, we pushed it with him. We even started going to faculty meetings and reaching out to faculty members who we knew could have a bigger hand in implementing it. In time we ended up connecting with the core evaluation committee and they asked if we wanted to serve [on the committee]. It was in that moment that I thought, this is actual progress. We now have a voice at the table in making these decisions.

I care about education and I’m especially passionate about making sure students of color receive the best education possible. From my time as a primary school student to the university level, I’ve noticed that our education system doesn’t highlight people of color. I want to have a hand in changing that so that students who are people of color can see themselves represented during their educational careers.

I think everything I’m doing at Rutgers is important and believe that it can be extended to a broader community, such as having diversity also taught in inner city schools and urban communities. I want to ultimately keep doing work around education to try to build up students, especially those in primarily black, brown, and Latinx areas to show them that they have both a history and a future.

A native of Newark, N.J. Tamaj is currently a junior double-majoring in political science and Africana studies.