Dr. Salvador Mena came to Rutgers in August of 2014 as the Associate Vice Chancellor for Student Affairs. In this role, he served as the Deputy to the Vice Chancellor for Student Affairs, and helped in the day-to-day management of the Division of Student Affairs. Over the last 20 years, Dr. Mena has had the privilege to serve college students at different institutional types, including both public and private colleges and universities. Prior to Rutgers, Dr. Mena served as an Assistant Vice President and Dean of Students at the City University of New York. He received his Doctor of Philosophy degree in Higher Education, Student Affairs, and International Education Policy from the University of Maryland at College Park and a Master’s degree in Student Development in Higher Education and Bachelor’s degree in Political Science from the University of Maine. Nationally, Dr. Mena has been involved with a number of higher education professional organizations, including the National Association of Student Personnel Administrators (NASPA). He is a regular presenter at national conferences and has published in the Journal of Student Affairs Research and Practice and contributed a book chapter in Cultural Centers in Higher Education: Perspectives on Identity, Theory, and Practice.

Associate Vice Chancellor for Student Affairs and Dean of Students 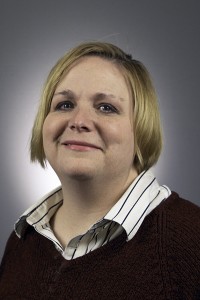 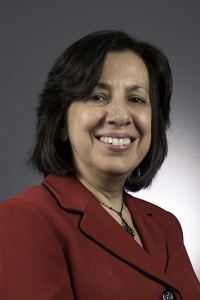 Marilyn is a New Jersey licensed certified public accountant with extensive professional experience in the field of financial and executive management, and internal auditing in both the public and private sectors. She is a graduate of Rutgers College with a Bachelor of Arts degree in both Business Administration and Spanish.
Prior to assuming her current position as Senior Director; Business and Administration for the Division of Student Affairs in 2007, Marilyn began her career at Rutgers University in 2004 as a Senior Auditor in the University’s Internal Audit Department. During her tenure in Internal Audit, Marilyn provided advisory, investigative and internal audit services to various departments and schools within the University.
Marilyn also possesses over fifteen years of internal audit experience in the public sector, specializing in the development, implementation, and evaluation of internal controls. She has also served as an executive business liaison for a professional transportation management company engaged in the leasing, management, and ownership of parking facilities throughout the United States. In this role, Marilyn was responsible for the business oversight, financial performance and growth of her assigned portfolio of properties. 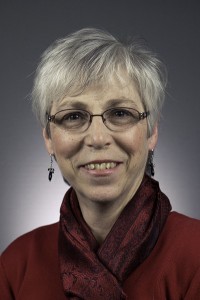 Melodee Lasky, MD came to Rutgers in 2002 when she served as the director of Hurtado Health Center and was appointed Executive Director of Health Services in 2004. A graduate of Temple University School of Medicine, Dr. Lasky is Board Certified in Family Medicine and continues to maintain a few hours each week of direct care to students. She advocates a holistic and multidisciplinary approach to health and wellness. Prior to coming to Rutgers, she spent several years as a faculty member and director of a family medicine residency program. She is a member of the American College Health Association and the American Academy of Family Medicine. 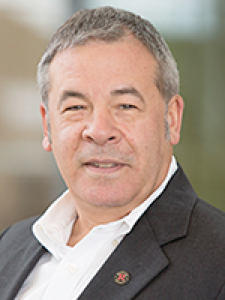 Joe Charette is the Executive Director of Rutgers Dining Services, where he has spent the last twenty-seven years of his food service career. He is a graduate of Cook College, class of 1977.

After gaining valuable experience in some of the finer restaurants in Washington D.C.’s Georgetown area in the late 70’s, Joe wrote the menus and wine lists for several privately owned upscale restaurants in Colorado.  He later opened some casual-theme restaurants, for a Denver based professional athlete, and then spent six years with S&A Restaurant Corporation, where he opened and managed several Bennigan’s in New Mexico, Arizona and New Jersey in the 1980’s.

Joe and his wife Debbie have been married for 36 years.  They live in Jackson and have two sons, Joseph and Anthony. 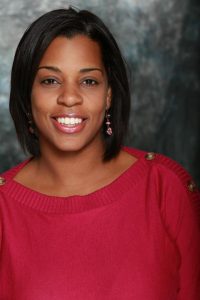 Shawna Rodgers has been a development professional for over 10 years. She began her career in Annual Giving at Coppin State University and then moved to Robert Wood Johnson University Hospitals as Director of Annual Giving overseeing event fundraising, direct response, employee and leadership giving. An accomplished fundraiser, Shawna has personally secured or directed nearly $10 million in charitable giving.

Shawna has a Bachelor’s degree in Marketing from University of Maryland, University College. She is an active volunteer with the Council for Advancement and Support of Education (CASE) and a Faculty Trainer for the Association of Fundraising Professionals (AFP). She also serves as the Chair of the Board of Directors for Dru/Mondawmin Healthy Families, Inc., a home visitation agency in her hometown of Baltimore Maryland. 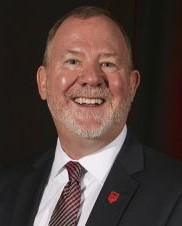 After serving nearly 20 years in the Department of Housing at Georgia Tech, Dan joined the Rutgers Student Affairs team as Executive Director of Residence Life in August 2016. He oversees a 16,200-resident program, including assignments, first-year programs, conduct, training, academic support, living-learning programs, leadership development, marketing, assessment, graduate and family housing, crisis management and Conference Services. He leads a staff of 70 professionals, 33 graduate interns and 300 Resident Assistants and Apartment Assistants. Dan held two roles in Resident Life at the University of Maryland, Coordinator of Staff Training, Development and Research and, Assistant Director. He began his professional career as Assistant Dean of Students and Coordinator of Greek Affairs at Ohio Wesleyan University. After receiving his Bachelor of Arts from the University of Toledo, he attended The Ohio State University earning a Master of Arts degree in Student Personnel in Higher Education. Extremely involved in professional development and service, he presents at regional and national conferences and has published in the Journal of College and University Housing. Dan has served as President of the Georgia College Personnel Association, is active in ACUHO-I and ACPA, where he is currently on the Executive Committee of the ACPA Foundation Board of Trustees.

Director of Research and Assessment 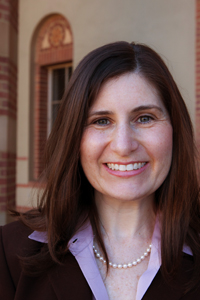 Dr. Dayna Weintraub joined the Rutgers family in August 2016 after completing her PhD in Higher Education and Organizational Change at the University of California, Los Angeles.  As Director of Student Affairs Research and Assessment, Dayna provides leadership, consultation, and support to departments within student affairs regarding individual research and assessment initiatives and serves as the central point of contact between the Division of Student Affairs and the Office of Institutional Research and Academic Planning. Dayna also strategizes, manages, and implements division-wide assessment priorities with the Executive Leadership Team. Dayna trains the division regarding assessment and research and oversees the Student Affairs Assessment and Planning Committee.

In addition to her research background, Dayna brings an extensive career in residence life, faculty governance, and curriculum management with her to the Division of Student Affairs.  She is passionate about the importance of well-designed empirical research in providing direction to the student affairs community.  She has published her research in academic journals, and presented her work on parental involvement, gender issues in STEM fields, and civic engagement in community colleges at conferences worldwide.  She holds a Masters in Higher Education and Student Affairs from Indiana University- Bloomington, and a Bachelor’s Degree in Speech Communication from Ithaca College. 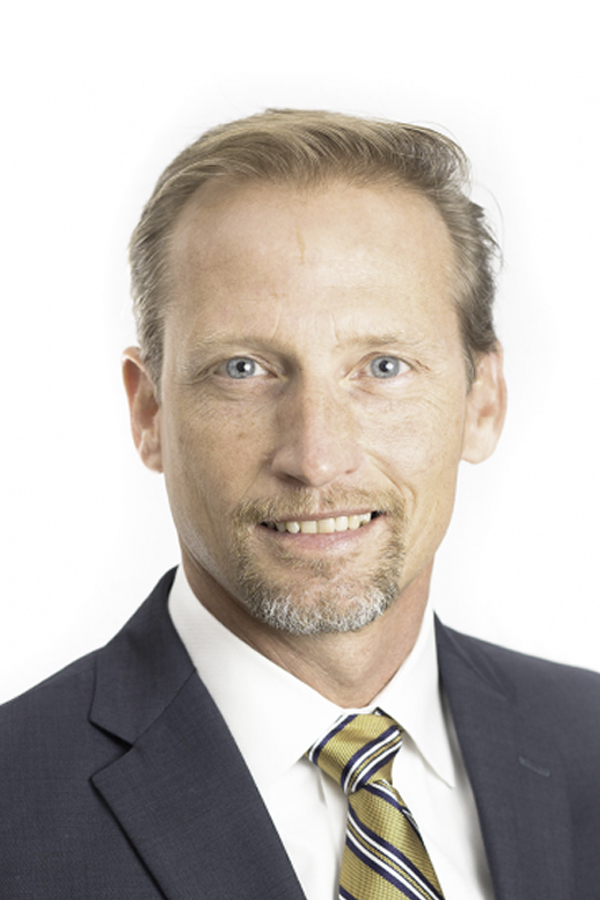 In addition to his duties within Campus Recreation, Dave also served as a juror on the Title IX Sexual Assault Hearing Panel, a member of the institute’s Student Employee Task Force, a Leadership Fellow in the Student Life LEAD Program, and as an instructor in Applied Physiology.  In 2014, Dave was recognized with the Administrative Excellence Award, for his contributions to further the mission of the Institute. 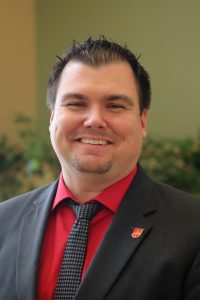 William O’Brien joined the Rutgers Student Affairs team in 2009 and currently serves as the Executive Director for Student Centers and Activities. Overseeing Student Centers, Major Events and Programs, Leadership and Experiential Learning, Student Involvement, Meetings and Event Services, Technical Services, and Marketing, he leads a staff of professionals, graduate interns, and student leaders to advance campus community and enrich the student experience at Rutgers University. With over 15 years of higher education experience, his strong commitment to student success through engagement, involvement, and persistence continues to shape his pursuit in transforming the student experience. Bill also has held previous leadership roles within Residence Life, University Housing, and Student Centers and Involvement.

In addition to his experience in higher education, Bill has held a passion for genetic research and previously studied microbiology as well as protein and genetic interactions of pathological diseases within pediatric patients. He holds a B.S. in Biological Sciences and an M.A. in Higher Education Administration from Rowan University.