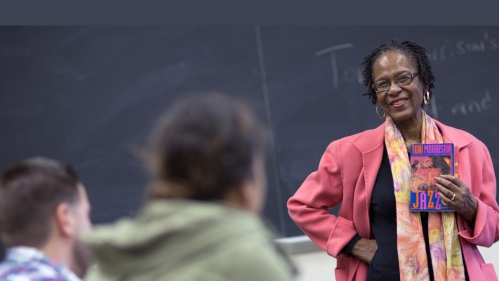 We ask for your support to help endow this fund to ensure that this memorial fellowship can continue in perpetuity, as will Dr. Wall's legacy at Rutgers and beyond.

About Dr. Cheryl A. Wall

Dr. Cheryl Ann Wall was born in 1948, to the late Rev. Monroe Wall, a long-time pastor of Mt. Calvary Baptist Church in Harlem, and Rennie Ray (Strayhorn) Wall, an English teacher for the New York City public schools. On a full scholarship, Dr. Wall graduated from the Rhodes Preparatory School in Manhattan, and went on to earn her bachelor's degree in English from Howard University in 1970, also via a full scholarship. After having been awarded a Ford Foundation Fellowship, she earned her doctorate from Harvard University in 1976. Dr. Wall's scholarship focused on Black women's writing, the Harlem Renaissance, and Zora Neale Hurston.

Dr. Wall began working in the English Department at Douglass College - Rutgers University in 1972. During her career, which spanned nearly five decades, Dr. Wall advocated for racial diversity both in the curriculum and the classroom. She founded the Rutgers English Diversity Institute which encouraged more Black students to major in English and pursue postgraduate degrees. In 1997, Dr. Wall became one of the first Black women to head an English department at a major research university. She established the requirement that all Rutgers University English majors complete a course in African-American literature. Additionally, in 2003, Dr. Wall was co-principal with Mary Hartman of the Institute for Women's Leadership on "Reaffirming Action: Designs for Diversity in Higher Education," a Ford Foundation-funded initiative that examined the strategies higher education institutions successfully employ to enhance racial and gender equity.

Dr. Wall is the author of several books including On Freedom and the Will to Adorn: The Art of the African American Essay (2019), Worrying the Line: Black Women Writers, Lineage, and Literary Tradition (2005), Women of the Harlem Renaissance (1995), and the editor of Changing Our Own Words: Criticism, Theory, and Writing by Black Women (1989). She has edited two volumes of writing by Zora Neale Hurston for the Library of America – Novels and Short Stories (1995) and Folklore, Memoirs and Other Writings (1995) – as well as two volumes of criticism on Hurston's fiction: "Sweat:" Texts and Contexts (1997) and Their Eyes Were Watching God: A Casebook (2000). She was also the section editor for "Literature since 1975" in the Norton Anthology of African American Literature (2003).

Dr. Wall served on the editorial board of American Literature and on the advisory boards of African American Review and Signs: Journal of Women in Culture and Society. In 2002, she was invited by then First Lady, Laura Bush, to speak at the White House Symposium on the Writers of the Harlem Renaissance. Dr. Wall was also the founding chairwoman of the board of Crossroads Theatre Company in New Jersey. Crossroads continues its "commitment to literary works that examine the African American experience" and was the first African American theater to receive the 1999 Tony Award® for Outstanding Regional Theatre in the United States in the 33-year history of this award category.

Dr. Wall’s voluminous and important works pale somewhat, however, compared to the joy that teaching in the classroom brought her. Introducing her students to the words she loved, particularly those by Black women writers, was her way of sharing the world in which she lived.

On January 9, 2021, she was posthumously awarded the Hubbell Medal for Lifetime Achievement in American Literary Studies. Later in 2021, her daughter, Camara Epps, donated hundreds of her mother’s books to the Paul Robeson Cultural Center, with which the created the Dr. Cheryl Wall Library and Reading Room.

Her daughter, Camara, established the Dr. Cheryl A Wall Memorial Fellowship to continue Dr. Wall’s commitment to African American literature. The funds will be used to assist Ph.D. candidates who are conducting research in African American or Black literature at Rutgers University, whose work can be deemed to further build on Dr. Wall’s rich legacy in the field.

Your gift is a way of honoring and ensuring her impressive legacy lives on, inspiring the next generation.

A Beloved Member of Rutgers

The Clement A. Price Institute shares a video in honor of Dr. Cheryl A. Wall as a tribute to her accomplishments. Watch this video. 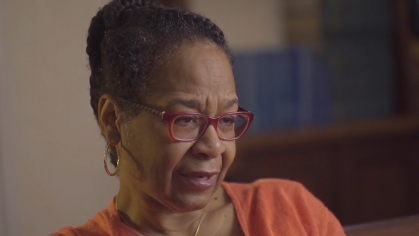 Opening Up the University

Dr. Cheryl A. Wall describes her role in the development of Douglass College and its legacy today. Watch this video. 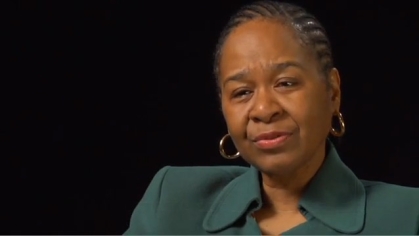 Dr. Cheryl A. Wall shares a personal story about witnessing the benefits of private support at Rutgers. Watch this video.